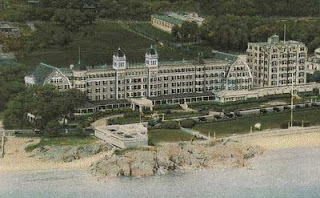 I've just found a list of famous residents (past and present) from my tiny hometown in Boston -- Swampscott (population 14,000). If anyone knows of any others, could you please send them to me?