Carnaval Maine Puts the Wonder Back in Winter


Celebrations of the winter season have been popular for more than a century. Chasing the Northern Lights in Scandinavia and visiting Santa Claus headquarters in Finland are joined in North America in Quebec City, the world’s snow capital, where the first major winter carnival made its debut in 1894. And now in the US.

In the 1920s, thousands of visitors flocked to Portland, Maine to enjoy a winter spectacle of ice castles, sculptures, sled dogs, ski jumping and other outdoor festivities. A century later, from January 30-February 1 Carnaval Maine brought the party back Down Maine for a two-day, 100-year commemoration on the city’s Eastern Promenade, all covered with snow, a fitting start to the state’s 2020 winter season. 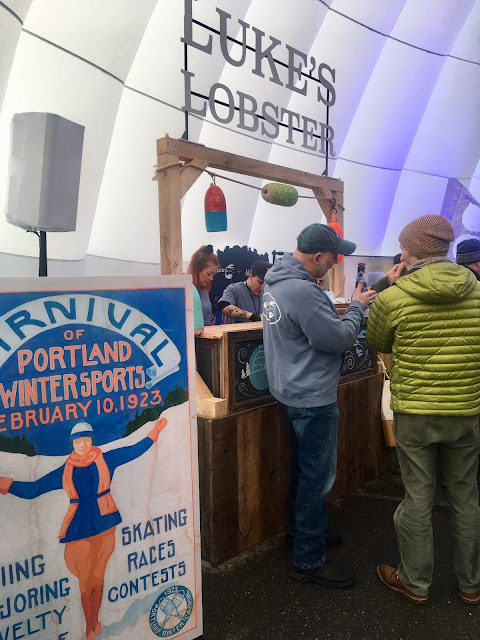 Following in the tradition of Quebec’s Winter Carnival, the Maine Bicentennial Snow Ball celebrated the century’s inaugural winter festival which marked the beginning of the one-month winter celebration. This year is also the 200th year of Maine’s statehood, making the celebration a true milestone. 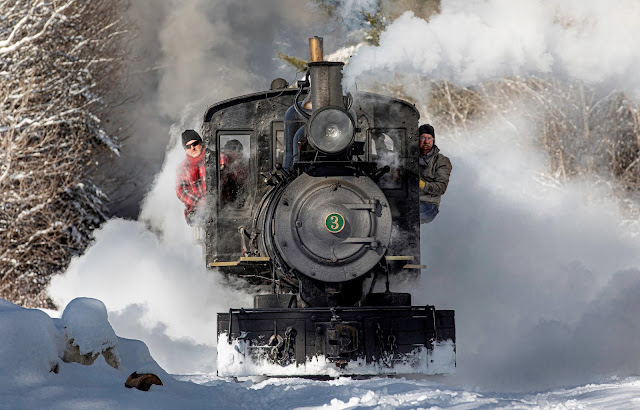 If you missed the 2020 Carnaval Maine, you can count on next year to continue this newly rebooted tradition. The reception by the crowds certainly ensured that. Throughout the event, other commemorative events including arrival from the city’s Old Port by a vintage steam locomotive (provided by the Maine Narrow Gauge Railroad) were popular tickets. Taking passengers on a coastal ride, a decked-out conductor in his caboose looked like he had come straight from the Polar Express as part of this historic rail car procession. The train traveled along the coast to a snowy hillside area and a towering 600-foot inflatable “igloo” on Cutter Street. 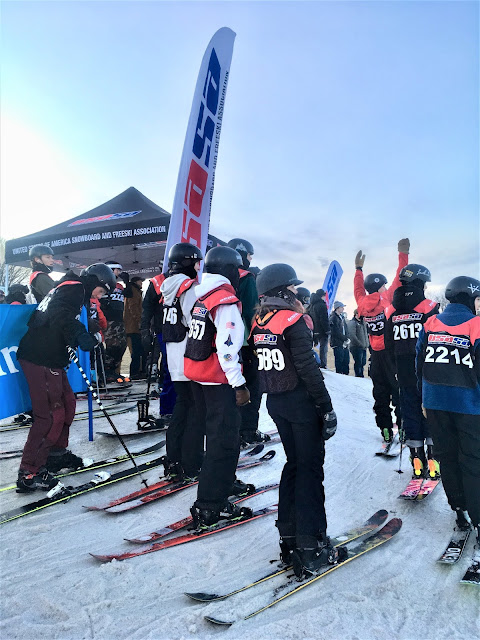 The igloo was a centerpiece of the festival, with an Aurora Borealis-style alternating light show projected on it, adding to the polar effect. But it was inside that the more tangible “northern lights” occurred. Food and drink were key at this city dubbed one of the country’s newest culinary capitals by Bon Appetit. “Bites & Brews” foodie-oriented events brought Portland’s award-winning chefs and craft brewers together with spirits and dishes from James Beard fave Allagash Brewing Company along with Luke’s Lobster, Rising Tide, Shipyard Brewing Company, Holy Donut, UNION, Maine Beer Company, Urban Farm Fermentory, Noble BBQ and Central Provisions, so many of my Maine favorites happily together in one warm spot. 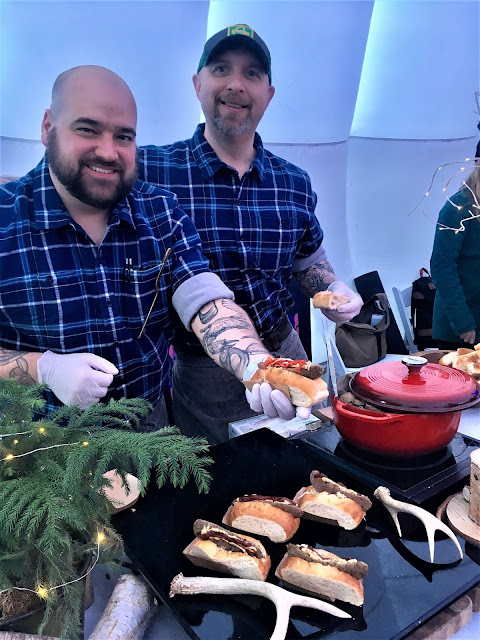 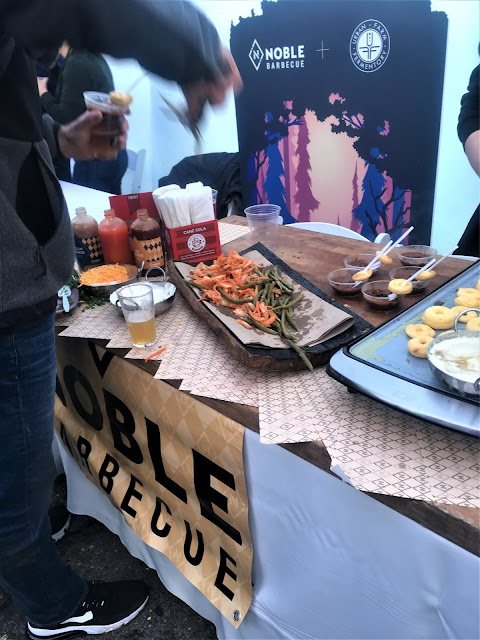 Central Provisions, my go-to whenever I visit Portland, had one of the most delicious ale-and-food pairings, with Rising Tide Brewing’s Mountainside IPA paired with smoked gouda bratwurst, Brussels sprouts, sauerkraut and Mountainside mustard on rye crostini. I also loved Urban Farm Fermentory and Noble BBQ’s combo, semi-sweet mead and burnt-end chili with corn bread. And how about this for a fabulous Shipyard Brewing Company & Holy Donut dessert pairing, Smashed Blueberry (a hybrid between a Porter and a Scotch ale) with a dark chocolate sea salt donut. 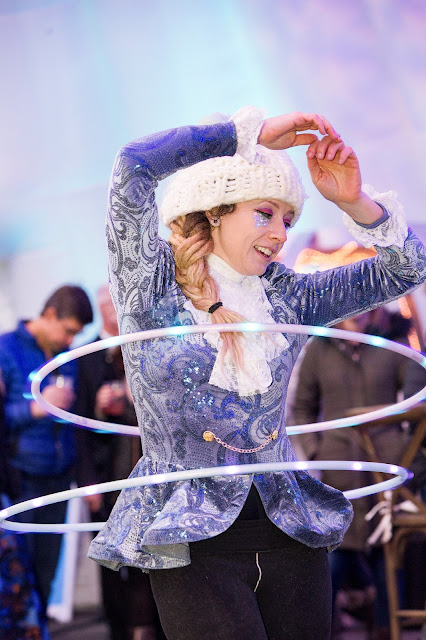 While Portland’s event does not have the comparable size and history of Quebec’s famous cold-weather festivities, Maine’s first year was an ambitious and exciting reinvention of the early 1900’s version.