How to Ring in the New Year around the USA

The US certainly knows how to celebrate the end of the year!

Take Indianapolis, for example, where the New Year’s Eve celebration is an outdoor event downtown at Georgia Street and Meridian Street, with the big Monument Circle Christmas tree all lit up in the background.  About 100,000 people attend, and it’s all free, with live music throughout the evening and food and drink tents along the way.  No surprise -- at midnight they drop an IndyCar! 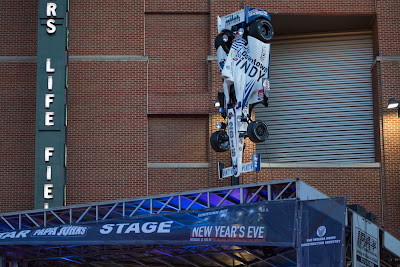 As if Las Vegas wasn’t lit up enough, visitors will be dazzled when the clock strikes midnight and fireworks paint the Las Vegas sky in a spectacular show of vibrant colors known as America’s Party. Creating a breathtaking backdrop for revelers, the pyrotechnic display is coordinated from seven locations along the iconic Strip as well as from the Fremont Street Experience in Downtown Las Vegas. 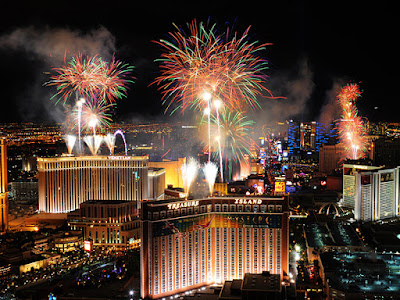 Music lovers in Las Vegas need only stop by The Cosmopolitan where a dynamic lineup of chart-topping entertainers will ring in the New Year.  Ranging from Foo Fighters, Duran Duran and Zac Brown Band to hip hop heavyweights French Montana, DJ Mustard and EDM sensation Galantis, the resort welcomes guests to experience a non-stop musical extravaganza. Tickets at www.cosmopolitanlasvegas.com

The small town of Bisbee, Arizona invites guests to enter the world of the surreal on New Year’s Eve where the lines between dreams and reality blur. The Bisbee Bizarro New Year's Eve Ball - Surrealist & Dada Party is an evening for dressing up, down, out of control or over the top, with musical acts, underground performers and some odd surprises. Costumes and celebratory attire recommended. Tickets at http://picatic.com/bizarro 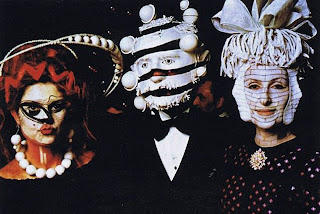 New Orleans is turning 300 and that’s even more reason to join the city’s festive countdown to midnight, Dick Clark’s New Year’s Rockin’ Eve. Revelers gather in Jackson Square as Ryan Seacrest leads the Central Time Zone countdown to midnight. The celebration features live music performances, celebrity appearances and the city's signature fleur-de-lis drop at midnight. This event is free and open to the public. If you prefer a water view of the fireworks, you can ride the steamboat NATCHEZ on the Mississippi River to glide into 2018, and enjoy holiday foods, open bar and a live dance band as well. Feeling a bit chilly? At NOPSI hotel, the indoor New Year’s House Party Celebration also includes a midnight balloon drop in the hotel’s Grand Lobby. 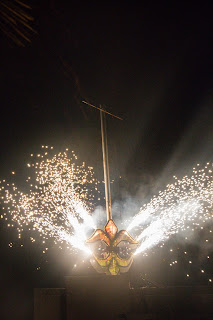 A special evening deep in the heart of San Antonio’s newly revitalized Hemisfair, the home to the 1968 World’s Fair (100 years ago!), will feature a free concert and a fireworks display. You’ll eat well, too, as the city was recently designated a city of gastronomy by UNESCO.

The Restoration Hotel will host The Mansion Ball, Charleston’s largest New Year’s Eve event. The one-of-a-kind roaring 20’s masquerade celebration will be held on the boutique hotel’s rooftop and will include bites and bubbly along with entertainment from Yes Lady, DJB and master violinist, Seth G. Tickets at https://mansionball.com

Raise a glass to a famous Memphis  tradition, the Hard Rock Cafe Memphis Annual Guitar Drop.  Now in its 10th year, the 10-foot D’Angelico guitar drops from 100 feet over Beale Street to kick off 2018. And, of course, there will be musical performances all night by artists such as Common Rarity, Carlos Ecos Band, Mandy Vixen Trio, ShotGunBillys, DJ Debonair and American Idol winner, Caleb Johnson. Tickets at a variety of prices including standing room only at http://bit.ly/2llWbWt. 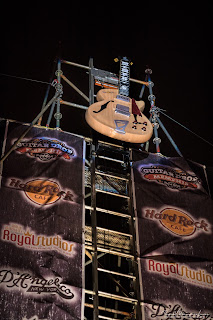 Ring in the New Year with a Murder Mystery Ride and five-course all-you-can-eat seafood dinner aboard the Western Maryland Scenic Railroad. It's New Year’s Eve 1922, and the highest rollers in the country have gathered for the ultimate poker game aboard the train, hosted by eccentric billionaire Fortune Bonaventure.  Diamond Jim King and Jackie Hart are just a couple of the invited players. This is the most prestigious card game in history, and these gamblers would do anything to win it all. The ride starts in Cumberland, Maryland. Tickets at http://bit.ly/2t4Weg5 . 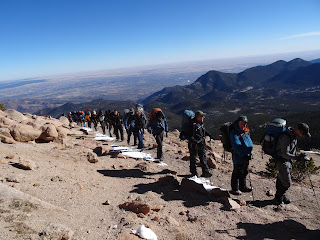 It's not a New Year’s Eve celebration in Cleveland without rock and roll. The Cleveland Pops Orchestra rocks in the New Year with a spectacular performance at Severance Hall with featured guest artist Connor Bogart O'Brien. After the concert, locals can slip on their dancing shoes to shimmy the night away with the No Name Band and Pops Jazz Ensemble as they count down to midnight. Tickets at clevelandpops.com 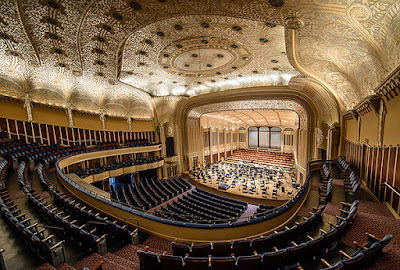 Detroit really knows how to throw a street party with the Drop at Beach Park, starting at 4pm. Everyone, kids and adults included, gets a free light tube to shine. Motown recording legend Martha Reeves is the featured musical artist for the 8th Annual New Year’s Eve D-Drop. After Martha performs her iconic song, “Dancing in the Street,” followed by a performance of the “Light Up Detroit” theme song, thousands will wave LED light sticks while the giant illuminated “D” begins its descent from a 120-foot tower.

Too noisy? Then Washington, DC is where you want to be. The Embassy Row Hotel invites guests and locals to ring in 2018 in style and dance the night away with their annual New Year’s Eve Silent Disco Dance Party. Partiers will rock out to jams from three different live DJs on three different music channels using wireless headphones with LED lights that change as dancers toggle between channels. 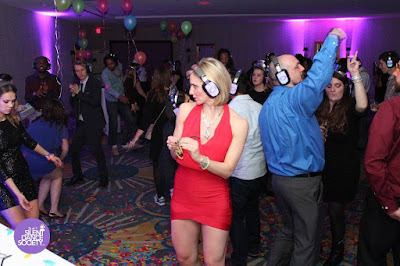 The 1920s come roaring back at California’s Pebble Beach Resorts this New Year’s Eve. Guests will enjoy a night of gilded glamour at the resort’s Puttin’ on the Ritz party at The Inn at Spanish Bay. Extravagantly decorated rooms will set the tone for a lavish buffet, open bar and night of dancing to live music in the Grand Ballroom, casino action in the Ballroom Gallery, arcade games in St. Andrews Alcoves, psychic readings, caricature artists and more. Roaring Twenties finery suggested. 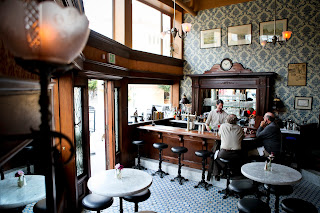 Also in San Francisco, progressive Indian restaurant ROOH is celebrating the New Year with modern Indian music, spirits and food. NYE  kicks off with two seating options for guests to dine prior to midnight and include a ticket to ROOH’s NYE Bollywood Bash where a mash-up of Bollywood and Top 40 music will ring in the New Year. Tickets at https://roohnye.eventbrite.com

BANK Café & Bar in The Westin Verasa Napa in California’s wine country is the site of the Red Tie Affair Party, a dancing and dining event decked out in red. Dress to impress in your finest red attire. Tickets at http://bit.ly/2CincEK

Providence is hosting their first-ever New Year’s Eve ball drop to commemorate the new year. Unlike the Ball Drop in New York City, the Rhode Island version of the ball drop will actually be digital, projected against the city’s iconic Industrial Trust Building, also known as the “Superman Building.” Join your friends at Waterplace Park for food trucks, hot chocolate, face painting, live music, a laser light show and midnight fireworks as well.

Head North to historic Boston Harbor for a final lobster meal of 2017 along the water while enjoying Beantown’s fireworks from State Street Provisions -- certainly a lot warmer than sitting outside at The Esplanade.

When the clock strikes 12 in Philadelphia, guests can toast among the stars by attending the One Liberty Observation Deck’s first-ever black-tie New Year’s Eve party, Midnight from the Top. From the 57th floor, guests will be privy to spectacular Philadelphia skyline views plus the Philadelphia fireworks. Dress to impress. 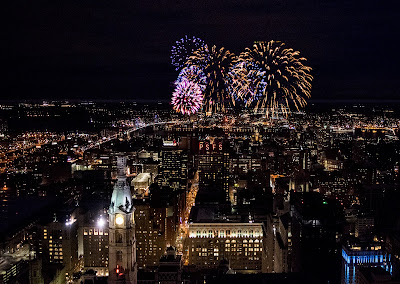 How about some international flair in your celebration? Tapa Toro, a Spanish tapas restaurant in Orlando, is hosting a double celebration to ring in Spain's New Year (6pm EST) with a Spanish feast and flamenco performance, followed by more flamenco dancing and a Champagne toast six hours later for the US. 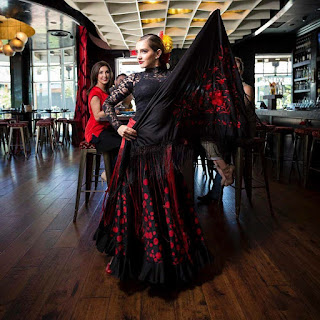 The new four-level Nashville Underground features the highest, largest and only double-deck rooftop on Music City’s historic Broadway, with a 360° view of the city. New Year’s will rock at the club with 80s music from Skankbanger and an 80s Hair/Party Band on two floors plus a 90s party from DJ Ben Mayo on the rooftop LED dance floor. Tickets at www.NashUndergroud.com.

Think Aspen Food & Wine Classic as you ring in 2018 at The Dom Perignon Party at The Little Nell in Aspen. The exclusive celebration takes place throughout Chair 9, the living room, element 47’s bar and outdoor lounge, as well as the Grand Salon. Access includes bottomless Dom Perignon, Belvedere cocktails, an open bar and food stations replenished throughout the night. Add to that three musical acts and two entertainment groups plus three DJs, a jazz trio, breakdancers from New York City and Samba dancers from Las Vegas, and you have the fête of the year. Step outside to watch the fireworks display over Aspen Mountain at midnight. Tickets at http://bit.ly/2DmF3r4 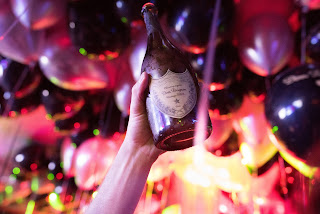 The elegant Travelle Kitchen + Bar at the Langham Hotel  in Chicago kicks off the evening with two special four-course dinners and wine pairings, leading to a Great Gatsby-themed party at the bar. Channel your inner Daisy or Nick as you embrace the spirit of the roaring ‘20s and dance the night away to tunes from a live DJ. Reservations at www.travellechicago.com or by calling 312.923.7705. 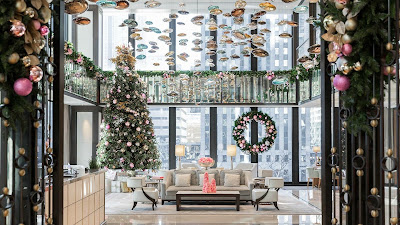