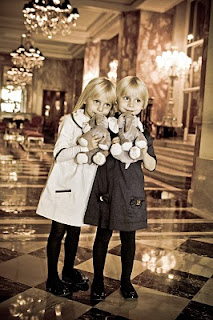 Say oui to summer in Paris, the city of lights and the city of love. Music, art and sport moves outdoors in the summer and hotels offer enticing packages for traveling families. So grab a croissant or baguette on the Champs-Elysée, grab some euros and hit the metro:

Gymaholic: Take a break from the Stairmaster and instead climb nearly 1000 feet high in the Eiffel Tower. The 19th-century icon is a must-visit site with not-to-miss views. If the weather is warm, take a baguette, pâté and a bottle of red wine to the grassy area beneath the tower for an impromptu picnic. Do this in the evening, when the tower is illuminated for five minutes every hour by 20,000 light bulbs. For those who love to cycle, Paris offers the Vélib system, its bicycle transit system. Rent one of the city’s available bikes and explore the city on your own. After purchasing an access card, the first half-hour is free, and the rates are very reasonable. There are plenty less highbrow diversions to enjoy in Paris, especially at Paris-Plage, the beach on the Seine. Palm trees, huts, hammocks and around 2,000 tons of fine sand on both banks of the Seine bring a seaside vibe to the city. There’s a floating pool and a lending library too.

Prince/Princess: It’s indisputable that the Palace of Versailles has some of the world’s most incredible gardens, and you can fancy yourself Marie Antoinette as you wander through them. Whether you’re at the Orangerie, a favorite of Louis XIV, or viewing the fountain spectacles that play to music, you’re sure to be wowed by this incredible spot. After a beautiful day of exploring the gardens outdoors, check out some of the equally amazing things indoors such as the Hall of Mirrors, composed of 357 dazzling mirrors, or the Hall of Battles, a long room depicting France’s greatest battles. You may even be able to catch an equestrian performance.

Music lover: Solidays, Rock en Seine, Festival des Inrockuptibles and the Techno Parade all attract top acts. The Parc Floral de Paris holds weekend concerts in the summer. Grab a blanket and some snacks and relax outdoors to the music. Dates will be posted on the website http://www.parcfloraldeparis.com/parc_floral.html.