Christmas Traditions around the World

I’ve just returned from celebrating Christmas Eve and Christmas in my old stomping arounds, New England, where traditional Christmas meals include turkey, ham and cranberry sauce, combined with stomach-warming beverages like Old Fashioneds and Manhattans. Or, if alcohol isn’t your thing, then hot chocolate spiked with peppermint rather than booze, and egg nog sans rum are the drinks of choice. I think I’m still digesting the wonderful Sticky Toffee Pudding and Pumpkin Pie desserts. New Year’s resolution: one meal a day!

My ongoing enjoyment of the holiday season gave me pause and encouraged me to take a look at the variety of interesting Christmas traditions across the world. Some are actually quite amusing.

Food plays a big part in Christmas celebrations, no matter where. Two that are particularly interesting include one in Poland and a second in New Orleans.

In Poland, locals celebrate Christmas Eve with a feast known as Wigilia (from the Latin word for vigil), a home-cooked meal of 12 different traditional dishes. The dinner is a vigil of waiting for the birth of Christ and is called the Star Supper (gwiazdka) begining when the first star is visible in the sky. Creating a manger-like tableau, straw is spread on the table and covered with a white tablecloth.  An extra place is set at the table (sort of like leaving room for Elijah at the Passover Seder) for any unexpected guest. Animals are part of the family celebration, too, receiving pieces of traditional Christmas wafers, oplatek. People eat the oplatek as well. 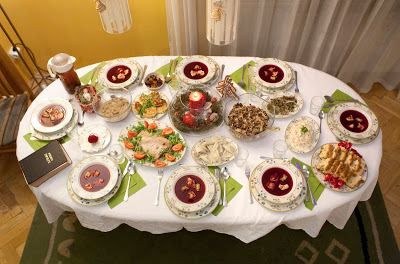 In New Orleans, the 18th-century Creole tradition of celebrating Christmas dinner after Christmas mass continues with adjusted timing to accommodate all guests. Called Réveillon, these dinners historically began at 2am with a feast of chicken and oyster gumbo, game pies, soups, soufflés, desserts, brandy and coffee. It was a tradition inherited from Europe as a way to break the daylong fast leading up to Christmas Eve. Participants prepare with long naps so they can dine at home or book a table at restaurants where dinner is served well past 10pm (but starting before 2am). This doesn’t sound out of character for New Orleans, does it?

But my favorite non-traditional meal happens in Japan. A “new” tradition from the 70s, the Japanese enjoy a quirky Christmas Day meal motivated by homesick travelers who missed having turkey while in Japan. KFC responded by offering the closest thing, the KFC Party Bucket. Today, no one would think of not eating KFC in Japan on Christmas and people place orders months ahead of time, lining up to secure their “Christmas Chicken.” When I toured Tsukiji Market in Tokyo earlier this month and sampled fried seafood (in addition to sushi and sashimi), I saw a statue of the owner of Sushizanmai who eerily resembled Colonel Sanders. It’s given me pause about Japan’s holiday obsessions. 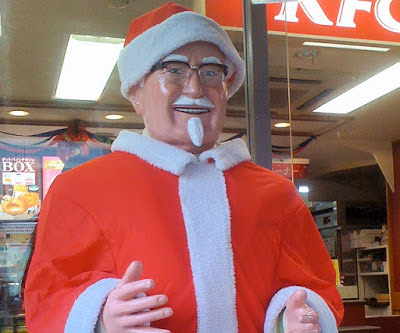 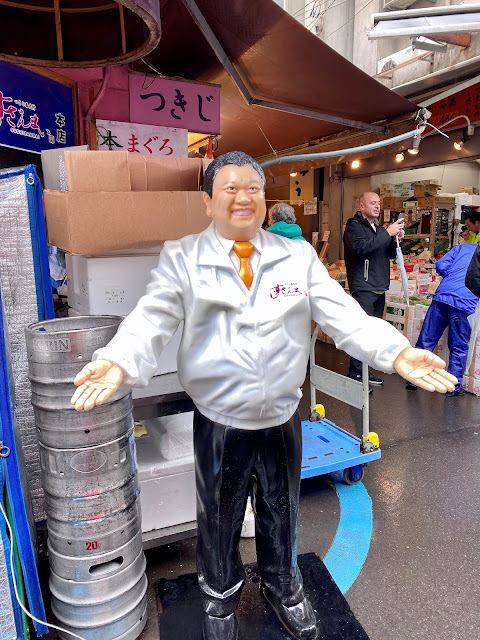 Families getting together around the fireplace, singing carols, and exchanging gifts is the norm around the world. But two other places add their own lively spin.

Christmas Day is clearly a family day in Wyoming. Each Christmas at the Jackson Hole Mountain Resort, families are invited to ski with Santa. How cool is that! 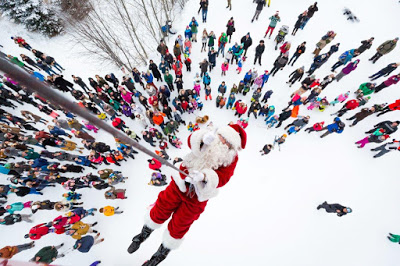 Boxing Day, the day after Christmas, is especially lively in Bermuda with the Boxing Day Beat celebration. Here, everybody dances in the streets to the sounds of goatskin drums, beer-bottle fifes and tin whistles. But the highlight is undoubtedly the Gombeys, traditional troupes of colorfully dressed dancers who have been entertaining Bermudians since the 1800s with their particular mix of British, West African and local culture. 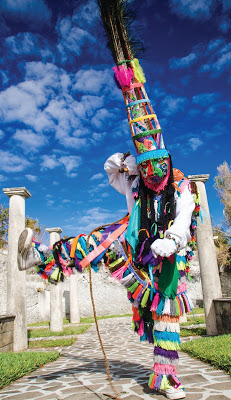 Lighting candles, having a decorated Christmas tree, and adorning the yard with colored bulbs and reindeer are popular no matter where you travel.  But non- traditional Christmas lights take center stage in two of the United States’ most culturally rich and historic cities.

In the Southwest, Santa Fe’s Canyon Road Farolito Walk draws thousands of people on Christmas Eve, creating a parade along this famous art gallery road. Decorated for the holiday with hundreds of farolitos -- small brown bags filled with sand and a glowing candle, many of the galleries participate in the event, staying open for shopping, offering hot cider or cocoa, and inviting guests to warm up around bonfires in the courtyards and sculpture gardens. Caroling is encouraged. Nearby hotels join in as well including the historic Inn and Spa at Loretto where the adobe setbacks sparkle with white lights. 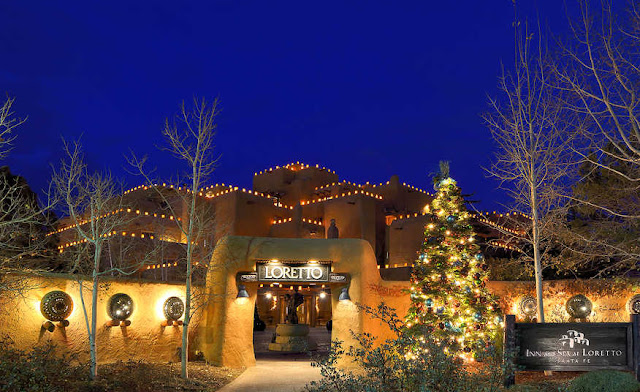 In Texas, San Antonio has its own glowing tradition with lights called luminarias. Throughout the festive season, the colorful luminaria celebration is held along the San Antonio River Walk which is lined with more than 2000 brightly lit Mexican Christmas lanterns. 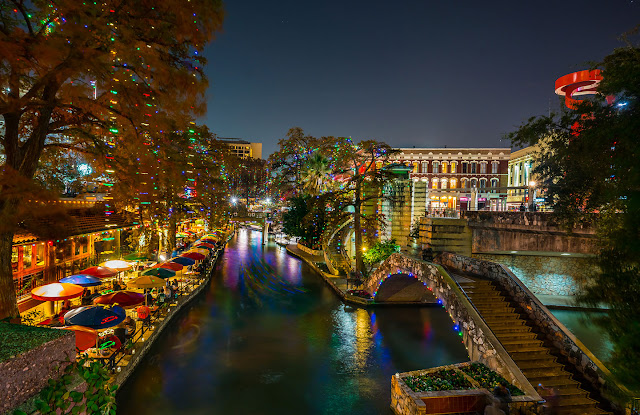