150 years ago, Delmonico’s lifted the ban on female diners needing to be accompanied by men. At a pivotal, first-of-its-kind Ladies’ Luncheon, the restaurant hosted “unchaperoned” women at a private meal, marking the first time women were allowed to dine (or be served) alone in a restaurant anywhere. It was also the first time that women were allowed to congregate as a group, alone. 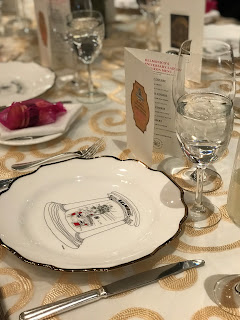 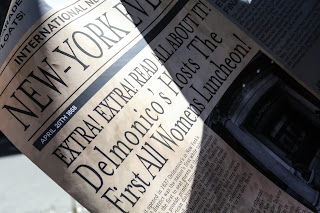 Commemorating this event -- the original Power Lunch for women -- three-time James Beard Award-winning Chef Gabrielle Hamilton of Prune has created a special menu, putting her spin on the original $1 Ladies’ Luncheon meal which consisted of consommé, fish, lamb and dessert. The “updated” menu will be served as an option through April 28, along with Delmonico’s traditional menu. Menu choices include consommé, cold poached mackerel with pickled celery hearts, Colorado lamb loin chop and brûléed rice pudding with strawberry meringue and macerated strawberries. 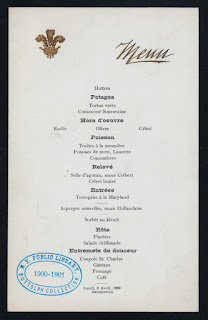 At this landmark restaurant, established in 1837, Delmonico’s paved the wave for women’s rights activities to come and became a leader in the hospitality industry. The luncheon was organized by the Sorosis Club, the country’s first women’s rights organization and a model for other women’s clubs through the end of the century. Sorosis, by virtue of its existence had proven that women could work together, and men and women could dine together, without anyone being injured by the experiment. It further demonstrated that woman were capable orators, that they could propose a toast as men could, and that they could sing a song without being unwomanly.

The club came about in response to a males-only New York Press Club dinner honoring Charles Dickens. After her application to attend was refused, Jane Cunningham Croly, an experienced journalist and editor, was so outraged that she founded the all-female Sorosis to give women a venue for congregating and communing. She also approached Lorenzo Delmonico with the idea of allowing women to dine alone. The result was the Ladies’ Luncheon. The women were treated with such consideration at the luncheon that they chose Delmonico's as their regular meeting place thereafter. 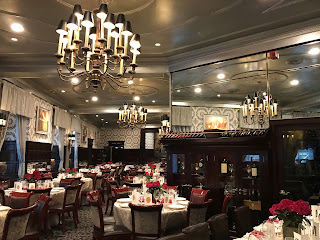