It's countdown time to the Tony's.  This year it’s a diva dash and you can still catch most of the leading ladies who have graced the Broadway stages this season, albeit most in limited runs.
(All photos -- credit: Joan Marcus)

First, the play ladies. Sally Field has been nominated as Leading Actress in a Play for her role as Amanda Wingfield in the highly touted re-imagining of The Glass Menagerie. Sadly, the show’s lack of overall nominations forced a closing six weeks earlier than planned.  You’ll have to wait for the next revival of this Tennessee Williams classic or, perhaps, for a future tour with Sally (we can only hope).

Not to worry. There’s still much female power that shouldn’t be missed. Laura Linney and Cynthia Nixon are the chameleon actresses in The Little Foxes exchanging roles every other night. In an interesting twist, Ms. Linney has been nominated as Leading Actress for her turn as Regina, while Ms. Nixon received the nod for Featured Actress as Birdie. The Lillian Hellman play, nominated for Best Revival of a Play, closes on July 2. Samuel J. Friedman Theatre, 261 West 47th Street , 212-239-6200.


The big diva story, however, lies with the musicals.

Bette Midler is an instant hit, and a Leading Lady nominee, as meddling matchmaker Dolly Gallagher Levy in the Tony-nominated revival of Jerry Herman’s and Michael Stewart’s masterpiece Hello Dolly! (Sam S. Shubert Theatre, 225 West 44th Street, 212-239-6200). Pitted against each other, Patti Lupine and Christine Ebersole create a bravura War Paint dance at the Nederlander Theatre (208 West 41st Street, 877-250-2929) as cosmetics industry titans, with both ladies nominated for Best Performance by an Actress in a Leading Role in a Musical.

It’s a shame we don’t have the opportunity to award Glenn Close another Tony – she isn’t eligible for her reprise as Norma Desmond in Sunset Boulevard because she’s already won a Tony for that role. It’s also a shame that the category of musical revivals was reduced to only three contenders this year, thus also closing out the show from another potential award. 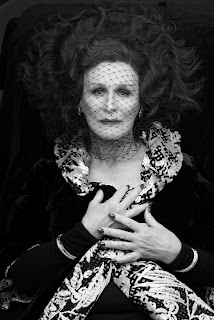 Nonetheless, Sunset Boulevard is a musical that you should not miss, and don’t let a non-appearance on the Tony Awards roster nor on the stage of Radio City Music Hall on June 11 deter you. Ms. Desmond's non-acceptance of her relevance as an aging silent-screen actress spiraling out of control is a powerful story that evokes admiration and pity. Think Follies meets Grey Gardens. It's a privilege to watch Glenn Close take on the same role she played 20 years ago in Andrew Lloyd Webber’s tour de force, this time with a maturity and presence even more in keeping with the story line. The songs strike with pathos and stay with you long after the curtain falls. Grab any ticket you can; the end date is June 25. You can even buy a keepsake to remind you of this glorious musical evening, a beautiful replica of Norma Desmond's jewelry specially curated for the show.  Palace Theatre, 1564 Broadway at 47th St., 877-250-2929.
Email Post
Labels: Bette Midler Broadway Broadway musicals Christine Ebersole Glass Menagerie Glenn Close Hello Dolly Patti Lupone Sally Field Sunset Boulevard The Little Foxes Tony Awards TONYs War Paint