Cagney The Musical -- Last Chance to Buy Tickets, Closing May 28

You might have forgotten that James Cagney started off in Vaudeville as a song-and-dance man. It was later in life that he developed his “tough guy” persona, becoming one of the Hollywood’s top actors. And you might not even remember some of the songs that made him famous like pretty much everything that George M. Cohan wrote. 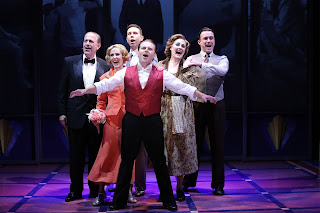 You have one more month to see Cagney, the off-Broadway musical that’s as much a powerhouse as James Cagney was.  Played by Robert Creighton, a Cagney lookalike with matching bravado and appearance, James Cagney dominates the stage as he takes on role after role starting as a chorus girl and rising to the top of the Broadway Vaudeville and Hollywood film scenes. Everyone tap dances in this show, not surprisingly, and it’s wondrous to see this dance form on the stage. 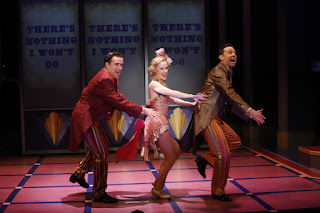 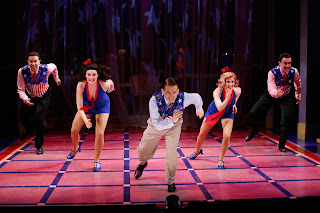 You know the songs: “Give My Regards to Broadway, ““You’re a Grand Old Flag” and “Yankee Doodle Dandy.”  Now you’ll also learn about how this spunky kid from New York City’s Lower East Side won the hearts of the stage and film world too.  The show which chronicles James Cagney's involvement with Warner Brothers over the years includes both the classic Cohan tunes as well as original music.  Westside Theatre (upstairs), 407 West 43rd Street, Manhattan. For tickets, cagneythemusical.com, 212-239-6200.