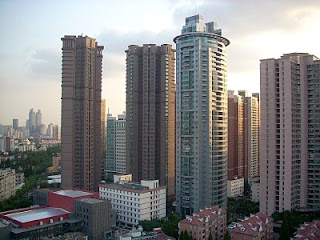 As an emerging world -class city, Shanghai is certainly doing everything it can to make its mark. It’s a city that is evolving by the second, embracing all the cultural clashes of East and West. With a two-week summer vacation and an adventurous spirit, this is a destination to consider for a great trip. The reason being that from May 1 - October 31, the 2010 World Expo is opening up the city to the international community.

This means that it will be crowded and full of foreigners, but that is Shanghai’s delight. Unlike Beijing, which prides itself on its display of Chinese heritage and traditions, its southern sister is much more modern and sleek. There’s no doubt Shanghai is China’s most diverse city, with Australians and Brits making up the majority of expats. More than a few times I found myself at a cafe meeting some businesspeople from Sydney, at an English-language movie-theater talking to some tourists from Germany or at an American restaurant getting to know the friendly locals. Hot spots like Xintiandi and Tai Kan Lu exemplify this culture, bringing together Shanghainese and expats alike, and the old and the new. They’re full of boutique shops and specialty restaurants (with Simply Thai being Xintiandi’s hidden gem).

Do steer clear of tourist traps like the Yuyuan Gardens, an overstated, crowded place plagued with one too many Starbucks and some very eager street vendors. Instead, opt for the tree-lined streets of the French Concession and Jing An District where the real heart of Shanghai is.

Shanghai can also be a fashionista’s playground. For commercial shopping, there is Huaihai Road where stores like H&M and Sephora can be found. Upscale stores like Gucci and Marc Jacobs are located on Nanjing West Road. The real fun, however, is at the South Bund Fabric Market where good bargaining skills can land shoppers some of the best custom-made items. For a winter coat, storeowners will ask for $120 but don’t pay more than $60; for a summer dress, $70 will be asked but only offer $30. Don’t be afraid to walk away if need be, as a lower price will surely be given.

For dinner and nightlife, expats and chic locals like to congregate at Sasha’s in the French Concession. It has a full menu of drinks and western-style food, including a delicious Ravioli Foie Gras. The outdoor lounge is beautiful on a summer night, and the connected bar/club called Zapata’s provides easy access to drinks and dancing.

On top of all this is the Expo, with more than 190 countries being represented. Highlighted pavilions include the UK’s Seed Cathedral, which cost about £25 million, Saudi Arabia’s pavilion, complete with an imported mosque, and China’s own pavilion which is the largest among them.
Email Post
Labels: Beijing guest blogger Shanghai World Expo 2010