Quick!  These are shows that you need to pay attention to: one has just opened and is hotter than hot. Two are closing soon or have limited runs. I encourage you to jump on your computer and book any or all of these as quickly as you can.

Moulin Rouge! The Musical is the Broadway extravaganza translation of Baz Luhrmann’s enormous film hit which starred Nicole Kidman as Satine.  With a playlist of 71 songs that extend into current music phenoms like Lady Gaga, Pink, Katy Perry as well as perennial faves like Elton John and the Rolling Stones, this show will have you paying attention as you play “name that tune” throughout. The set is gorgeous with the theater transformed into the Moulin Rouge that you’ll recognize from the movie.  As Satine, Karen Oliva wows as do Danny Burstein as Harold Zidler, and Aaron Tveit as the lovestruck playwright Christian. You’ll be covered with confetti before you leave.  Al Hirschfeld Theatre, 302 West 45th Street, 212-239-6200, www.moulinrougemusical.com 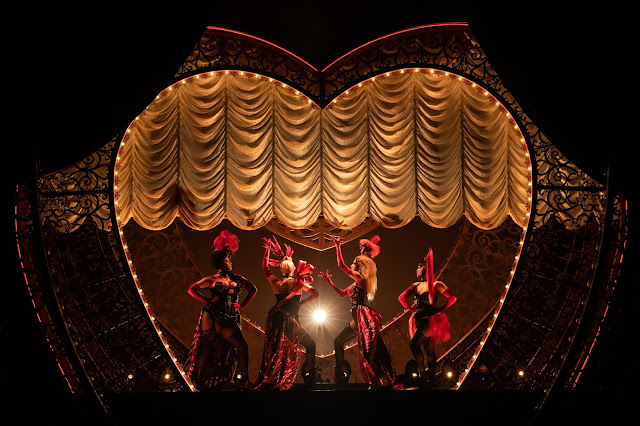 Oklahoma! Is the re-imagined Rodgers and Hammerstein favorite, done up in a way that’ll make you look twice at the classics.  The band is on stage, playing a countrified version of singalongs like “Oh, What a Beautiful Morning” or “Surrey with the Fringe on the Top.” The costumes are contemporary, and there’s a daring use of light and dark. Plus you’ll be treated to an intermission refreshment of vegetarian chili and cornbread. Ado Annie is played by wheelchair-bound Ali Stroker in a role that won her a Tony award for best featured actress in a musical. For a special experience, try to score a seat at one of the floor tables – you’ll be right in the center of the action. The show closes in January so you have a little time, but not that much.  Circle in the Square Theatre, 235 West 50th Street, 212-239-6200, www.OklahomaBroadway.com. 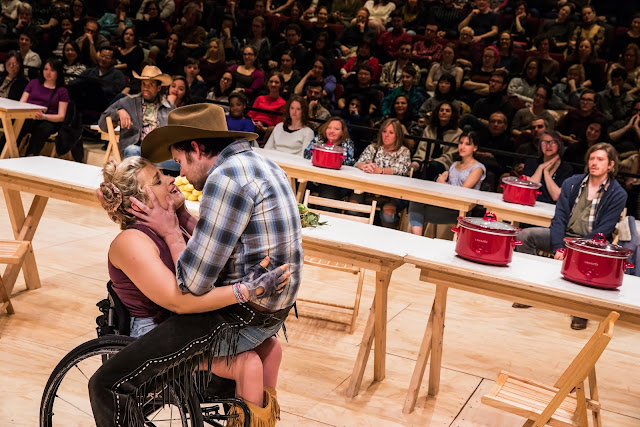 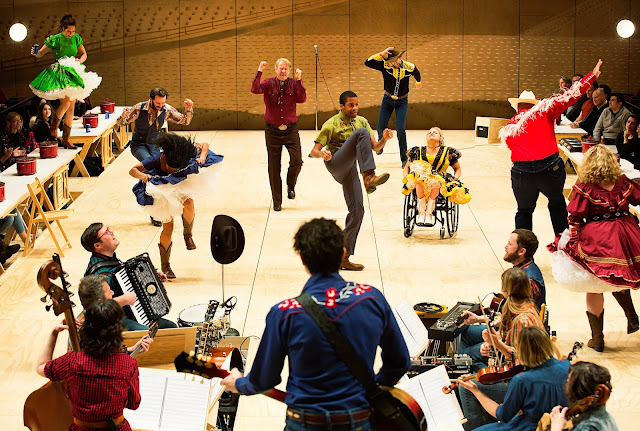 The Cher Show is to Broadway what Cher’s Farewell Tour is to Las Vegas – a tribute to one of the greatest music divas of our times. Spanning Cher’s five-decade (or longer) career, The Cher Show has three Chers, each portraying a span of her life. Babe is the young Cher, discovered by Sonny Bono.  Lady is the Cher of Sonny and Cher and the solo Cher. And Star, in a tour de force Tony-winning performance by Stephanie J. Block, is the mature Cher who continues to find and re-invent herself.  Cher fans will know every song, while fashionistas will marvel at the array of Bob Mackie costumes. I wish this one were playing longer, as I’d really love to see it again, and I’ve already seen it twice.  Neil Simon Theatre, 250 West 52nd Street, 877-250-2929, www.TheCherShowBroadway.com. 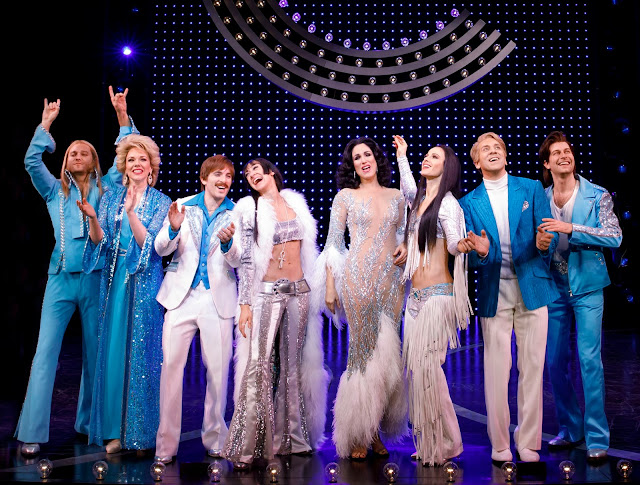