For the third consecutive year, Westfield World Trade Center will roll out the red carpet for the Tribeca Drive-In: Dinner and a Movie film screening series, organized in partnership with the team behind the Tribeca Film Festival, and taking place from Thursday, February 21 to Sunday, February 24 – just in time for this year’s major awards season! 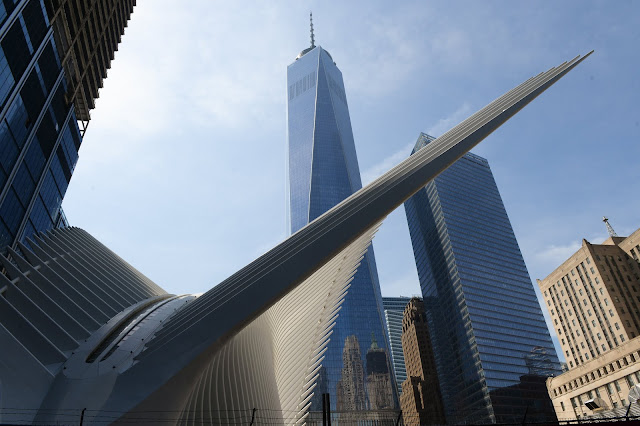 During the four-day series, visitors to Westfield World Trade Center’s beautiful Oculus in Lower Manhattan can get a free ticket to screenings of five past Oscar® nominees and winners from 1982-2004. Tickets can be reserved in advance here. Admittance and seating is first-come, first-served.  www.westfield.com/wtc/dinner-and-a-movie 185 Greenwich Street, New York

The schedule is a stunner:

Thursday, February 21, 7pm - As Good as It Gets (1997) - Directed by James L. Brooks, starring Jack Nicholson, Helen Hunt, Greg Kinnear, Cuba Gooding Jr., and Skeet Ulrich.  When a gay artist is assaulted and hospitalized, his cranky neighbor must care for his dog, triggering a change in formerly selfish attitude.  Two Oscar wins and five Oscar nominations.

Friday, February 22, 7pm - Field of Dreams (1989) - Directed by Phil Alden Robinson. This three- Oscar nominee for Best Picture, Best Screenplay, and Best Original Score, is a fantasy about a farmer who builds a ballpark in his cornfield, where long-dead Major Leaguers gather to play. Remember the line, “If you build it, he will come?” This is where it comes from.

Saturday, February 23, 7pm - E.T. (1982) - Directed by Steven Spielberg. A lonely boy befriends a homesick alien stranded on Earth and attempts to help him find a way home. Four Oscar wins and five Oscar nominations. “E.T. phone home,” is still one of the favorite movie lines of all time.

Sunday, February 24, 12Noon - Finding Neverland (2004) - Directed by Marc Forster. A biography of playwright J.M. Barrie focusing on his relationship with a young widow and her sons, and the role it played in inspiring the children's classic Peter Pan.  One Oscar win and six Oscar nominations, and the inspiration for the hit 2015 Broadway musical which starred Kelsey Grammer as Captain Hook.