So You Wanna Know Something about Brooklyn? Here's Your Chance

Brooklyn is the second largest borough in New York City and holds a myriad of cultural and culinary attractions.  Here are two ways to explore it, one by bus (and a wonderful culinary exploration) and one by foot (with a focus on theater, music and history).

All photos by Julienne Schaer. 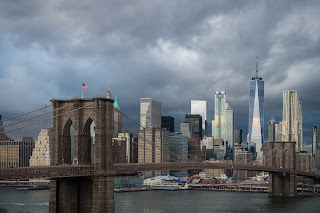 If you’re a foodie, you will love Foods of NY’s culinary tours.

It takes a while to explore (and eat your way through) Brooklyn, so a bus tour is actually a good idea if you want to cover a lot of distance in a short period of time. If Brooklyn were’nt part of New York City, it would still rank as the fourth largest city in the US, with 43 distinct neighborhoods with people from almost every country. With that comes an amazing array of traditions, history, and, of course, lots of fabulous ethnic foods. 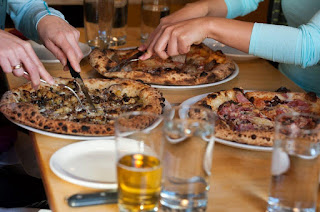 The half-day food, history and cultural journey traverses four Brooklyn neighborhoods where you’ll learn about Brooklyn’s immigrant past and present. Areas visited include Williamsburg’s Hasidic area, Greenpoint’s Polish neighborhood where you’ll sample kielbasa and pierogies, North Williamsburg’s hipster areas with lots of street food and pizza choices, and more. In total, you’ll have six tastings of some of Brooklyn’s most representative cuisines from Middle Eastern to Italian, from hipster to traditional. Plan to come very hungry! 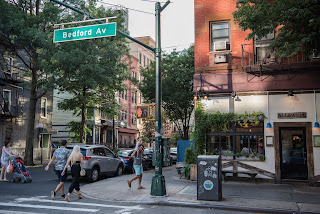 Pick up and drop off are in Greenwich Village in Manhattan. After getting a taste of Brooklyn, you might just want to stay there a bit longer and make your way back to Manhattan by walking across the Brooklyn Bridge for its glorious views of both Brooklyn (look behind you) and Manhattan (in front of you). Or plan to book an overnight in one of Brooklyn’s new trendy hotels and explore more on your own.

Tickets are priced at $125 per person.

Local Expeditions are walks and bike tours curated and led by local residents passionate about a topic.

This walk through Brooklyn is perfect for theater lovers, music fans, and anyone curious about Brooklyn’s past. The tour meets in front of BAM (Brooklyn Academy of Music) Howard Gilman Opera House, 30 Lafayette Avenue, Brooklyn, and ends at the Theatre for a New Audience’s Polonsky’s Shakespeare Center 262 Ashland Place (at Fulton Street), Brooklyn. 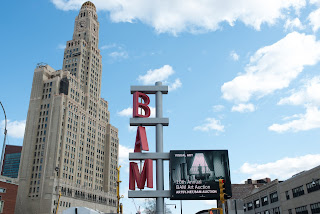 Once described as a “regional attraction to rival Times Square,” downtown Brooklyn was a popular destination of shops, restaurants and theaters. It is now enjoying a revival with the Brooklyn Cultural District, Polonsky’s Shakespeare Center, and the Alamo Drafthouse Cinema (where you can eat and drink while you watch).

The tour is led by theater historian Cezar Del Valle and will explore downtown Brooklyn’s theatrical past, present and future. Sites visited  include those of the legendary Paramount and Fox theaters, the 14th and 15th  largest movie houses built in America.

The walk ends at the Theatre for a New Audience’s Polonsky’s Shakespeare Center. Opened in 2013, this was the first major house for classical drama to be built in New York City since Lincoln Center’s Vivian Beaumont Theater in 1965.