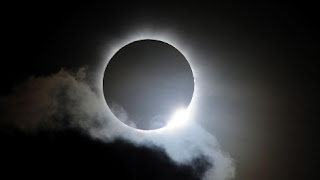 Are you curious about where you can see the upcoming solar eclipse? According to Wikipedia, not since the February 1979 eclipse has a total eclipse been visible from the mainland United States. Viewing of this summer’s total eclipse on August 21 will be possible in 14 states, beginning in Oregon as a partial eclipse at 9:06am PDT and ending as a partial eclipse along the South Carolina coast at about 4:06pm EST.

The last visibility of the Great American Eclipse in North America happened in 1979, so this year’s is a really big deal. Depending where you live you’ll either see a full eclipse of the sun, or at least a partial one. The next total solar eclipse won’t happen again until the year 2024, so you might want to stock up on those Solar Eclipse Glasses now and get ready to watch. A total eclipse is caused when the moon moves directly between the sun and the earth. Based on where you’re located, the duration of the eclipse will also vary. At the maximum duration, the moon will totally obscure the sun for 2 minutes and 40 seconds.

Where can you watch the eclipse? You can head west to Portland, Oregon, reputed to be the epicenter for many eclipse groupies, or really anywhere on a curve between South Carolina and Oregon to get the full effect.  Or you can find a rooftop or open field nearby and join a group with your 50s-style glasses on to experience whatever portion comes your way. I love this site from vox.com -- it has an interactive tool that can tell you how much of the eclipse you’ll be able to see in your respective zip codes. It also shows the best locations for seeing total darkness.

If you’re on the East Coast, here are some of the places to consider:
In New York City, Hotel Americano invites guests to its rooftop on Monday, August 21, from 12Noon to 3pm. New York City won’t be able to witness a total eclipse; however, according to the Amateur Astronomers’ Association of New York, much of NYC can expect about 70 percent totality and that would still be an amazing sight to see. 517 West 27th Street, Manhattan, 212-216-0000 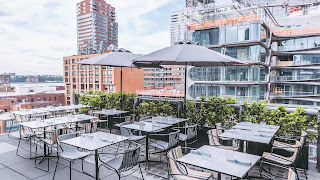 In the Hamptons, The Parrish Art Museum has joined with the Montauk Observatory to offer both an indoor and outdoor solar eclipse experience.  Indoors, the full eclipse will be livestreamed so you can pretend you’ve travelled to its epicenter. For those interested in communing with nature (and friends), eclipse viewing glasses will be provided for the outdoor event. Bring your own lawn chairs or blankets.  279 Montauk Highway Water Mill, 631-283-2118. Reserve your spot online and plan to arrive by 1pm 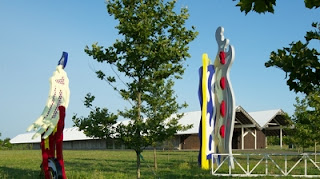