Say Goodbye to 2016 at Good Riddance Day on December 28 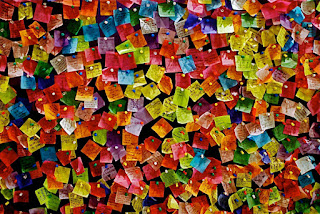 I've only done the New Year's Eve "watch the ball drop" thing once in person, and I'll never be that crazy again (although I do love the fireworks celebration in Central Park and the Midnight Run which leaves from Rumsey Playfield). But, if you're determined to include Times Square in your New Year’s itinerary and you’re not just thinking about going to a Broadway show, Good Riddance Day and the Times Square Wishing Wall are two unique celebrations to consider.

On December 28, it will be out with the old, in with the new in Times Square as visitors shred their worst memories from 2016 by disposing of them in a giant shredder. After letting go of 2016 and the less-than-jolly news of this year, guests can record a wish for 2017 on a piece of paper that will be added to the confetti that accompanies the New Year's Eve Ball Drop. Think Wishfetti!

Just stop by Duffy Square (47th Street and 7th Avenue, Manhattan) between 11am and 8pm to post your wish on the wall. You can also contribute online to the Virtual Wishing Wall. All online wishes will be turned into confetti as well.  Use the hashtag #confettiwish if you’re writing your wishes on Twitter or Instagram.

Feel free to toast early with a nice glass of Blanc de Blanc or a hot apple cider (spiked with rum)!