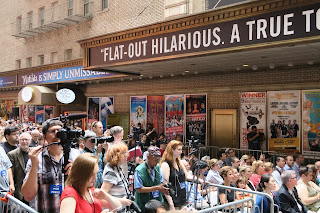 Broadway lovers, you don’t want to miss this. From 12:30pm to 2:30pm on June 2, in Shubert Alley on West 45th Street between Broadway and Eighth avenues in New York City, you can enjoy performances and star appearances from more than 30 Broadway shows, accompanied by a live 12-piece orchestra. Free! With the Tony Awards coming up on June 12, this is a great chance to view performances from 2016 Tony Award®- nominated musicals and decide which ones to buy tickets for now. Produced by the Broadway League, this is an annual event that is always packed so arrive early for best seating and viewing.

Hosts for "Stars in the Alley" are Sean Hayes from An Act of God and Mo Rocca of CBS Sunday Morning.  Also featured emcees are Sierra Boggess and Alex Brightman, the two leads in School of Rock the Musical. 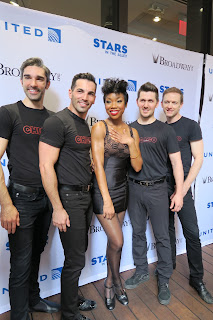 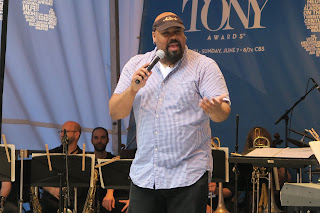 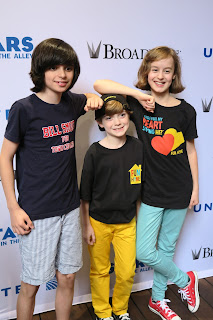 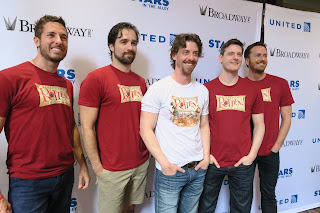 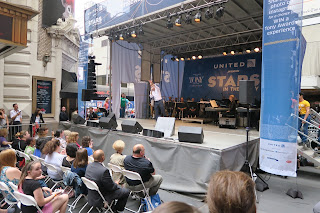 All photos by Meryl Pearlstein, Stars in the Alley 2015

I’ve seen just about all of these musicals and it’s a great opportunity to hear their fabulous songs again. I encourage you to buy tickets now before the Tony Awards so you don't get closed out from the ones you want to see most. The participating musicals are: Aladdin, An American in Paris, Beautiful - The Carole King Musical, Bright Star, Chicago, The Color Purple, Disaster!, Fiddler on the Roof, Finding Neverland, Fun Home, Jersey Boys, Kinky Boots, Les Misérables, Matilda The Musical, On Your Feet! The Story of Emilio & Gloria Estefan, Paramour, The Phantom of the Opera, She Loves Me, Something Rotten!, Tuck Everlasting, Waitress, and Wicked

There will also be appearances from An Act of God, The Curious Incident of the Dog in the Night-Time, Eclipsed, The Father, Fully Committed, Hamilton, The Humans, Long Day's Journey into Night, School of Rock The Musical, and Shuffle Along, Or The Making of the Musical Sensation of 1921 and All That Followed