I'm headed to the Rock and Roll Hall of Fame later this month, but I can get my fix now at a new exhibit of photography by Mick Rock at SUMO gallery in New York City. Titled EXPOSED, the exhibit does just that: it exposes the often haunting and legendary images taken by the British photographer of famous rock musicians. (Don’t you just love the fact that Rock shoots rock? BTW, Rock now resides in Staten Island.) 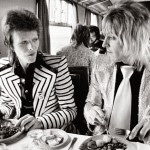 At the two-floor exhibit in TriBeCa, which runs through October 19, you’ll see photos of Syd Barrett, David Bowie, Lou Reed, Iggy Pop, Queen, Blondie, Mick Jagger and other seventies icons.  These are the photos that earned Rock his place in the music photography hall of fame.  But there’s more.  On the second floor, his PhotoArt covers the years following the Rocky Horror Picture Show, Studio 54 and CBGB years with interpretations of photos of Bob Marley, Freddie Mercury and Paul McCartney as well. There are also images of current musicians including Snoop Dogg, Lady Gaga and Pharrell Williams. 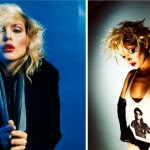 You’ll recognize some of the photos from record covers. Others will have you reminiscing about the music scene over the years.  All in all, you’ll see why Mick Rock is called one of the most iconic photographers of our time, “the man who shot the seventies.”  All photos and art pieces are for sale.
The gallery is in the heart of TriBeCa, open 11am-7pm, Tuesday through Sunday. (Subway stops: 1 train to Franklin Street; A or C trains to Canal Street)
SUMO, 37 Walker Street, New York, 917-450-5634,www.sumotribeca.com