Calling All Theater Lovers: Free Broadway Concert in NYC on May 21

Here’s another great reason to visit New York City: a free Broadway concert on May 21 with stars performing songs from approximately 25 shows, including many of this year’s Tony nominees. Plus appearances from another half dozen non-musicals. What could be better? Watching the Tonys on June 8 on your TV, or getting up close and personal with the shows themselves, free in Times Square. Rain or shine. 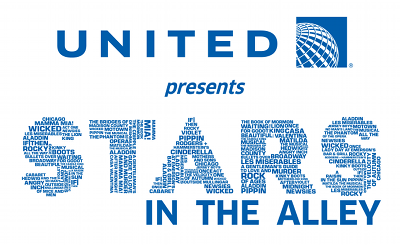 STARS IN THE ALLEY, presented by United Airlines and produced by The Broadway League , will take place on Wednesday, May 21 from 11am-12:30pm in Shubert Alley, between Broadway and 8th Avenue, Manhattan. Entrance to the concert is on 44th Street.

2014 Tony-nominated actors/actresses scheduled to appear include Adriane Lenox (After Midnight),Bryce Pinkham (A Gentleman’s Guide to Love & Murder), Kelli O’Hara (The Bridges of Madison County),Lena Hall (Hedwig and the Angry Inch), Andy Karl (Rocky), Joshua Henry (Violet), and Tyne Daly(Mothers and Sons) as well as performances from all 2014 Tony Award-nominated musicals now in performance on Broadway including After Midnight, Aladdin, Beautiful - The Carole King Musical, The Bridges of Madison County,  Bullets Over Broadway, Cabaret, A Gentleman’s Guide to Love & Murder, Hedwig and the Angry Inch, If/Then, Les Misérables, Rocky and Violet.

The show will be hosted by star of stage and screen Norm Lewis, who has just taken over the legendary title role in Broadway’s record-breaking The Phantom of the Opera.

PARTICIPATING MUSICALS INCLUDE:
After Midnight
A Gentleman’s Guide to Love & Murder
Aladdin
Beautiful - The Carole King Musical
The Bridges of Madison County
Bullets Over Broadway
Cabaret
Chicago
Hedwig and the Angry Inch
If / Then
Kinky Boots
Les Misérables
The Lion King
Mamma Mia!
Motown The Musical
Newsies
Once
The Phantom of the Opera
Pippin
Rock of Ages
Rocky
Rodgers + Hammerstein’s Cinderella
Violet
Wicked

ADDITIONAL APPEARANCES FROM:
Act One
All the Way
Casa Valentina
Holler if Ya Hear Me
Mothers and Sons
Of Mice and Men
On the Town

And if you're hungry, do what hordes of Broadway-goers have been doing for years, duck into Sardi's, Gallaghers, Victor's or Carmine's for a traditional post-show lunch.
Email Post
Labels: Broadway Broadway musicals Broadway League Carmines Gallaghers lunch NYC theater Sardi's Stars in the Alley Tony Awards United Airlines Victor's