Another day of weather alerts has us salivating for great sledding in New York City. The city's parks offer some of the best from Central Park and Riverside Park in Manhattan to Prospect Park in Brooklyn and pretty much all of Riverdale in the Bronx.  If the snow sticks and it isn't too wet, I'll be at either Cedar Hill or Pilgrim Hill.  Here are some other great spots to choose from that might be closer to you, especially since mass transit is a bit slow today, train service has been cancelled, and many streets are closed.  Don't forget to bring your cross-country skis as well.  You never know.

Here’s where to find some snow sports action in New York City: 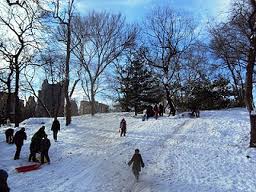 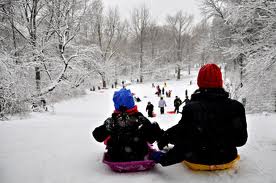 MANHATTAN
Central Park on the East Side and Riverside Park on the West Side are the destinations of choice for snow action:
BROOKLYN
QUEENS 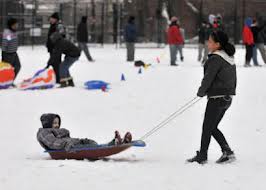