About to celebrate its 100th anniversary, Grand Central Terminal is a beloved icon in New York City and the busiest and largest rail terminal in the world.  Celebrations commemorating the terminal as well as a new book by Sam Roberts of the New York Times all treat visitors to what's special about this remarkable landmark.


Do you know the whereabouts of the Whispering Gallery or the Campbell Apartment?  How about the location of the tennis court in Grand Central?  And for 100 points, what's wrong with GCT's beautiful ceiling?  Although I  don't know exactly what Roberts has cited in his book, Grand Central Terminal: How a Train Station Transformed America, I'm guessing that these "secrets" are included. 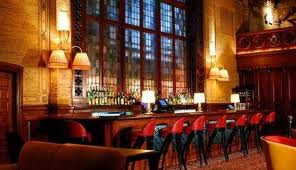 On a foodie note:  I doubt that Roberts considers the Grand Central Market one of the building's prime "secrets," but I do.  It's something you shouldn't miss: it has some of the freshest fish, bakery items, and cheeses that you can source anywhere in New York City, and a great variety of prepared dishes.  A super score if you're dashing to catch your train or subway and need a quick solution for dinner. Or just a snack. 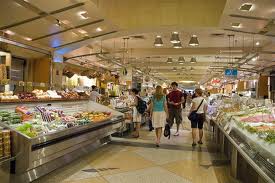 Some of the events happening on Grand Central Terminal's birthday, February 1, include a concert by the West Point Brass & Percussion with West Point's Cadet Color Guard; Happy Birthday songs and tributes by VIPs including preservationist Caroline Kennedy, singer Melissa Manchester, and actor Cynthia Nixon; and dance performance by the Knicks City Dancers and Kids dance teams.

In addition to all-day giveaways of goodies like chocolate hearts from Li-Lac Chocolates or vintage train whistles from Target, you can take advantage of 1913 pricing at  Grand Central's shops and restaurants with bargains like a 19¢ slice of cheesecake at the Oyster Bar & Restaurant or a 75¢ Adirondack cocktail at Michael Jordan's The Steak House NYC.


Other Events and Exhibitions include: 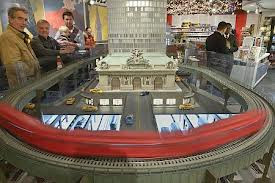 In a new layout built by Lionel, model Metro-North and New York Central trains depart from a miniature Grand Central on a 34’ long, two-level set-up. The show also displays vintage model trains from the Transit Museum’s collection as well as classic railroad posters.

Grand by Design: A Centennial Celebration of Grand Central Terminal

A visual expression of Grand Central Terminal's importance in shaping modern Manhattan and in setting the tone and pace for its future.

This exhibit, presented by MTA Arts for Transit and Urban Design, showcases the work of more than a dozen contemporary artists in an exhibition about time and the people who live and move through it, all connected by their experience in Grand Central Terminal.