I Miss Basketball: How to Get Your Basketball Fix while Staying at Home 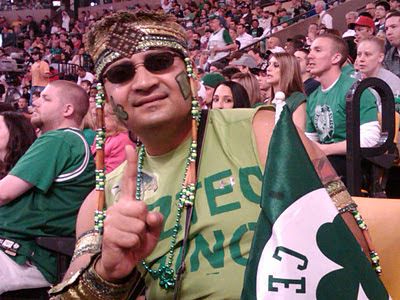 If you're like the fan in this picture (who probably travels to cities around the country as I do), you're probably Jonesing for some basketball right about now. Given that no games are likely in the near future, how about watching some movies to fill in the blanks?

Here are some of my favorites:

White Men Can't Jump -- (1992), Larry Bird would certainly disagree with the title of this comedy with all-star performances by Woody Harrelson, Wesley Snipes and Rosie Perez.

Hoosiers -- (1986), Gene Hackman and Dennis Hopper bring to life this story of teamwork and spirit.

And, lastly, for kids of all ages,