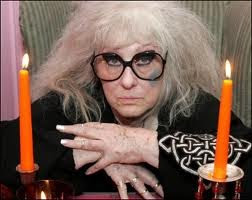 For a real Halloween experience, I always go back to the source of all things witchy: Salem, Massachusetts. This season marks the thirtieth year of Haunted Happenings in this most haunted city, known for its dark history and the Salem Witch Trials.

There’s something to scare (or entertain) everyone in the next two weeks. Some of the fun happenings include The Stop by for a Spell Children’s Costume Brunch at the very-haunted Hawthorne Hotel (October 23), pumpkin decorating with Halloween treats, and music. Taking advantage of the city’s myriad historical venues, the month also offers the Pumpkin Festival and Hay Bale Maze on Salem Common, and the Sea Shanties at the Ship Stage event at Derby Wharf with theater performances and singing.

A stone’s throw from the Salem Witch Museum, the Haunted Movie Series on Salem Common will be featuring the classic Halloween films Hocus Pocus on October 22 and Beetlejuice on October 29. All movies are free; age discretion is advised.

For older kids, there are plenty of spooks at several haunted houses, cornfield mazes and other eerie attractions.

Somewhat less frightful, Salem Common’s Family Fun Days, on October 22-23 and October 29-30, will entice the little ones with rides, face painting, and other Halloween fun. All proceeds benefit local non-profit organizations such as Salem Main Streets and the Salem Common Neighborhood Association.

Finishing up the month of fright, through October 31, are the Carnival on Derby Street, and trick-or-treating at historic Pioneer Village on October 29-30 and the Phillips House on October 31. All ages are welcome.

A full list of entertainment and event information can be found at http://www.hauntedhappenings.org/.

Looking for a place to stay? Check out the Hawthorne Hotel (Member of Historic Hotels of America, on Salem Common), Salem Waterfront Hotel (on Pickering Wharf), and the Salem Inn (near the Salem Witch Museum) – you might even see a wandering ghost down their corridors. If you’re hungry, stop by Capt's Waterfront Grille & Pub (with its fabulous deck) or Finz Seafood & Grille on Pickering Wharf – they’re both within shouting distance of the “office” of Salem’s Official Witch, Laurie Cabot (her paranormal workshop is on October 28, for those of you who are curious). I’ve been told that lobster and a good local brew keep the goblins away! Happy Halloween.