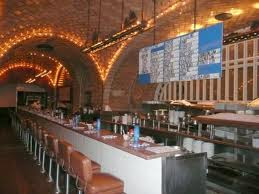 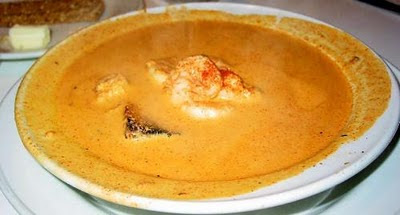 The 2010 countdown lists have made way for the ubiquitous 2011 forecast lists and "best of" lists. I'm a bit tired of them already, as I imagine you are. But there's one list that I want to draw attention to, virtually verbatim (credit to New York Magazine's Grub Street), because it highlights Manhattan's best signature restaurant dish, Grand Central Oyster Bar's Oyster Pan Roast. Grab a seat at the bar and watch the chefs prepare this time-defying, cholesterol-inducing treat:

"The Oyster Bar pan roast — still being served at the Oyster Bar in the bowels of Grand Central — is a silky concoction, thicker than soup but gentler than a stew. It’s made with half a dozen Bluepoints, sweet butter, a dash of secret chile sauce, and flagons of country cream, all poured over a comforting mattress of soggy toast. I would argue that it’s grander than that other great New York icon the pastrami sandwich on rye, more versatile than eggs Benedict (invented at the Waldorf-Astoria) or the porterhouse steak, and heartier than vichyssoise soup, which the great chef Louis Diat first served at the Ritz-Carlton Hotel on 46th Street in 1917. The last time I enjoyed it, the steamy bowl took exactly four minutes to reach my place at the bar, which is more or less what you’d expect for the greatest New York restaurant dish of all time. In that magisterial, eternally bustling room full of strangers, it tasted exactly the way it did when I ordered it for the first time, 40 years ago, with my grandfather, a lifelong New Yorker: opulent, mysteriously spicy, and faintly like the sea.
" -- by Adam Platt

I can't order this more than once a year, but that makes it that much more enjoyable. Here's to Lipitor.
Email Post
Labels: Adam Platt Grub Street New York Magazine Oyster Bar Oyster Pan Roast