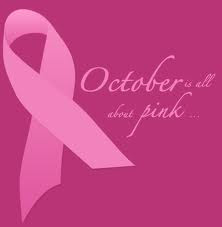 October is Breast Cancer Awareness Month, and in addition to hotels offering great deals, restaurants around the country are offering sweet deals to boost awareness as well. This is the second post of several with lots of choice offerings as you "Think Pink" this month.

Panera Bread: Panera’s delicious baked goods have just gotten sweeter with October’s “Pink Ribbon” bagel. The idea for this bagel was developed in 2001 by Sue Stees, one of Panera’s first franchisees and a breast cancer survivor. The bagel is made with cherry chips, dried cherries, cranberries, vanilla, honey and brown sugar. Proceeds will benefit various breast cancer charities depending on the location of the bakery-café. http://www.panerabread.com/cafes/find.php.

‘21’ Club: This NYC landmark is offering a special Raspberry Flourless Torte dessert during the month of October. Created by Pastry Chef Kimberly Bugler, the torte is topped with red currants and marshmallows. A portion of the sales from this dessert will be donated to the American Cancer Society.

Aquavit: Get a taste of Scandinavia while sipping on a delicious Aquapolitan cocktail (orange-lemon aquavit, house made sour, cranberry juice) to help raise your consciouness. 10% of the purchase price of this drink will be contributed to the American Cancer Society’s breast cancer research and support programs in New York City.

B.R. Guest Restaurants: If you're a fan of B.R. Guest’s NYC-based restaurants, Blue Water Grill, Ruby Foo's and Dos Caminos, you'll love their specially designed desserts during October for Breast Cancer Month. The desserts vary by restaurant, and 75% of proceeds will be donated to the Breast Treatment Task Force. Try the pink velvet cake with raspberry-hibiscus ice cream at Dos Caminos or the white chocolate raspberry crème brulée at Blue Water Grill. For a full list of restaurants, visit http://brguestrestaurants.com/.