A Spy Trip to Washington, DC: Scoping Out the Capital for an Upcoming Fancation 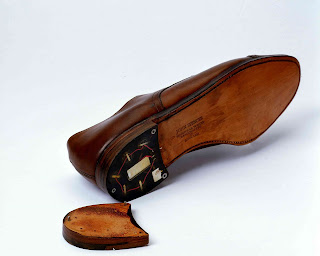 Sure, spies are making New York City headlines but did you know that Washington, D.C. – less than three hours by train from the Big Apple – is home to more spies than any other place on earth? If you’re missing the adrenaline rush of 24, there’s no better time than now to uncover the Capital’s oh-so-secret side.

Set your sights on the cutting-edge confines of the International Spy Museum, where a new attraction -- Operation Spy -- seemingly drops Jack Bauer wanna-bes into an episode of the TV show. In this interactive one-hour experience, would-be spies will crack a safe, decode messages, conduct video surveillance and steal secrets in their quest to locate a missing nuclear trigger before it falls into the enemy hands. Before your mission, or after, don’t miss the Spy Museum’s permanent exhibits, where you can trace the history of espionage and survey more than 50 years of spy technology and spycraft, including gadgets, bugs and buttonhole cameras and disguise techniques.

Well-known double-agent Aldrich Ames famously said, “I did it for the money” so we’re sure he’d feel right at home at the Bureau of Engraving & Printing, where you can watch our currency on its route from the engraving plate. Tickets are free but, during the peak summer season, they are required. Tours are every 15 minutes, Monday through Friday, from 9 am to 2 pm, but arrive early! The ticket booth opens at 8 am but the day’s tickets are usually gone by 9 am.

If you’re bringing along a four-legged friend, don’t miss Paws for Spies, a walking tour for dogs and their owners. The two-hour tour is presented by a retired U.S. Air Force intelligence officer and Vietnam veteran. Details at http://www.spiesofwashingtontour.com/.

Whether spies like baseball is up for debate but no trip to D.C. is complete without a trek to Nationals Park, located in the fast-growing Capitol Riverfront area in Southwest D.C. The new park, said to redefine modern sports facility architecture, is a must-see for fans of America’s favorite pastime and an ideal destination for families. Get there early for a chance to visit the Family Fun Area near the Center Field Gate, a brand-name entertainment mecca complete with the Exxon Strike Zone, Build-A-Bear Workshop, GEICO Racing Presidents and the Playstation Pavilion. You’ll need stealth skills to visit them all before the Nationals game time! On Wednesdays, bring a copy of the day’s Washington Post for $5 off tickets of $24 and up.

When it’s time to go under cover (as in under the covers), try The Madison, A Loews Hotel, or the Liaison Capitol Hill, An Affinia Hotel. Both offer great specials for families, including 50% off the second room at The Madison. At the Affinia Liaison, the youngest guests are treated to a backpack stocked with a Frommer’s guide book for kids, a deck of 52 city adventure cards, a kids digital camera and scrapbook with city stickers.

If you want to keep a close watch on Capitol Hill, make the Hotel George your base of operations. Named after first president and American spymaster, George Washington, the hotel offers an "Undercover Washington" package that includes admission to the International Spy Museum and a "Spy Kit" complete with a guide to DC locations where famous spies once lived and worked and a "Spymaster Skills Exam" Rates start at $199 per night.

Or, stay in a hotel with a twist of espionage history such as the Washington Marriott Wardman Park. Prior to the United States' entry into World War II, British spy "Cynthia" holed up in the hotel as she and her group spied on the French Vichy Embassy. After procuring documents from the embassy, Cynthia and her associates would photograph the files in a lab set up in a guest room.

Spy stories abound at the Mayflower Renaissance Washington, DC Hotel, where J. Edgar Hoover dined nearly every day for 20 years. It was also a refuge for German spy George Dasch, who traveled to the U.S. with seven associates in 1942 as part of a plot to destroy factories and power plants. Dasch fled to Washington, DC and checked into the Mayflower, where he contacted the FBI and revealed the saboteurs' plot.