It’s that time of the year when the leaves are changing, apple picking becomes your go-to weekend activity, and cider donuts are all the rage.  In true form, New York City gives the apple event a spirited kick! 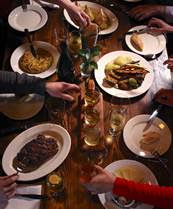 
Cider Week kicks off even before the actual week on Friday November 2 at The Bad Seed Brooklyn Taproom. Highlights of this year’s festival, spanning neighborhoods in Manhattan and Brooklyn, include The Lower East Cider Fest, a one-night-only takeover of the Essex Street Market, the city’s most historic public market and perfect setting to show off cider's ability to elevate every culinary experience, on Thursday November 8.  Another high-profile event is Adventures in Heritage Cider: Unexpected Tastings with Cider in Love, focusing on the craftsmanship and quality of ciders made primarily from heirloom, wild, or cider-specific bittersweet and bittersharp apples, on Tuesday, November 6.

This year, Brooklyn Cider House has partnered with Cider Week to host two official closing events on November 11. If you haven’t tried their raw cider, half sour cider, dry cider or kinda dry cider, this is a chance to enjoy them all, and admission is free.

The day begins with the Bushwick Cider Festival and Market 11 am – 4 pm.  Brooklyn Cider House's 12,000-square-foot venue will transform into a cider and food market where you'll enjoy free cider tastings from a dozen different producers. there will also be delicious snacks to feast on from local food purveyors with craft cider available for purchase directly from many of the best producers in the state. Additionally, you can tour Brooklyn Cider House's cidery and barrel room and sample (if you dare) some raw cider from 80-year-old chestnut barrels. 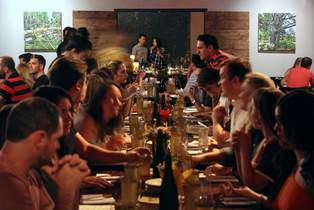 The true finale to New York City Cider Week happens at  6pm on November 11, when Brooklyn Cider House hosts Meet the Makers – a five-course cider pairing dinner featuring an exciting array of hard ciders including Eve's Cidery, Descendant Cider, Blackduck, Treasury Cider and Brooklyn Cider House, served to you by the producers themselves along with Executive Chef and Cider Maker Peter Yi. Tickets are $125 and can be bought in advance online. Seating is limited. 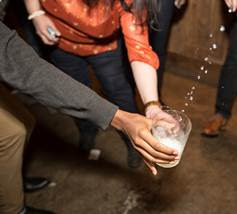